Difference between revisions of "Great Britain"

The United Kingdom, commonly called Great Britain, is one of the playable Allied countries in Battleground Europe.

On land, the British Armed Forces consists of the British Expeditionary Force, sent out to Europe in 1940 to help defend against a German invasion. It is the smallest of all the armies with just two ground divisions and one paratroop division.

In addition, Britain also has the Royal Air Force and Royal Navy at her disposal. 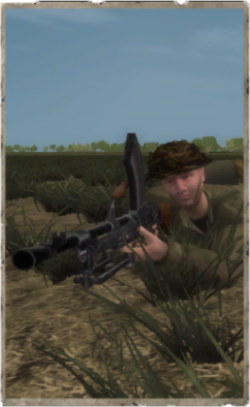 British armor is highly reflective of the interwar doctrines on armored warfare. On the one hand there's the infantry tank: Slow, heavily armored machines designed to support attacking infantry. The Matilda is almost unkillable for most German guns in the early tiers, and the Churchill#Churchill_Mk.III and VII are almost as hard to kill in later tiers.

On the other hand there's the cruiser or cavalry tank, built to quickly break through the enemy lines once holes had been punched by infantry. The aptly named Cruiser tank and later Crusader tanks fill this role: Their guns are fair and their armor paper thin, but they can run circles around anything bigger than an armored car or truck.

In the sky, the Spitfire and Hurricane fighters remain prominent throughout the campaign.