Difference between revisions of "Ju52"

Designed and produced well before the outbreak of WWII the Ju 52 was ultimately used in every theater as general transport aircraft of troops and materials by the Luftwaffe, and pressed into service by many Allied countries as well (including the USA). In the game the French have commandeered airliner variants, and still have the white paint scheme from its former work. Starting out as a single engine civilian airliner in 1930 the Ju 52 got a much needed power boost when two more engines were added.

The Ju 52's strengths lied in its ability to carry heavy loads as well as take off and land virtually anywhere. Ju 52s fitted with floats were used in Canada to carry huge lumber loads out of remote areas by landing on nearby lakes. The Ju 52 was a very well known and famous aircraft in all parts of the world, and served many nations as an airliner and transport. However it was to find its greatest abilities as a military transport and cargo aircraft. It was used by Allied forces in addition to it's originators behind the Axis curtain.

Extremely docile handling at slow speeds allow the Ju 52 to operate just about anywhere, but yet those same advantages become its undoing in a combat zone … it makes a huge and slow moving target; a literal bullet magnet for enemy fire.

The whole purpose of this aircraft is getting troops to places you might not be able to by any other means, at least not by means that are fast or expedient. Paratroopers are the obvious choice but any other form or type of infantry can also be transported by Ju52 airlift, although you have to land for regular infantry as only paratroops can jump out of the plane…and survive.

You'll find that landing in hot zones is easy (apart from the enemy lead in the air headed your way) since the Ju 52 is blessed with an exceedingly short take off and landing roll and handles in a steady reliable fashion at very slow speeds which makes it extremely easy to fly.

When running paratroopers to a drop zone pick routes that are outside of normal air traffic patterns so as to keep your secrecy as long as you can, sometimes flying Nap Of the Earth (as low as possible) can prolong being detected and the Ju 52 is very good at that flight profile because it handles in such a predictable, responsive and steady manner.

While you do have a defensive machine gun with the best arc of fire (a full 360 degrees) of any aircraft in the game, if you rely on this to protect you and your troops the reputation you will make amongst the paratroop brigades of your team will not be a very flattering one. The most successful troop transport pilot is able to enter a combat zone without the enemy knowing, dropping his troops safely and getting out in a stealthy or surprise manner. And of course not sharing his airspace with enemy fighters, basically ever.

The rear machine gun does however allow you to check your rear for enemy fighters and other such dangers, unlike the C47.

Don’t forget to open the door and turn on the jump light (the “O” key) when you are at the drop zone to let the troops know it’s time to hit the silk, this will help them to jump all together and increases their chances of hitting the ground as an effective fighting unit.

A Ju 52 in French Service, still in its civilian white paint scheme

The rather crowded instrument panel 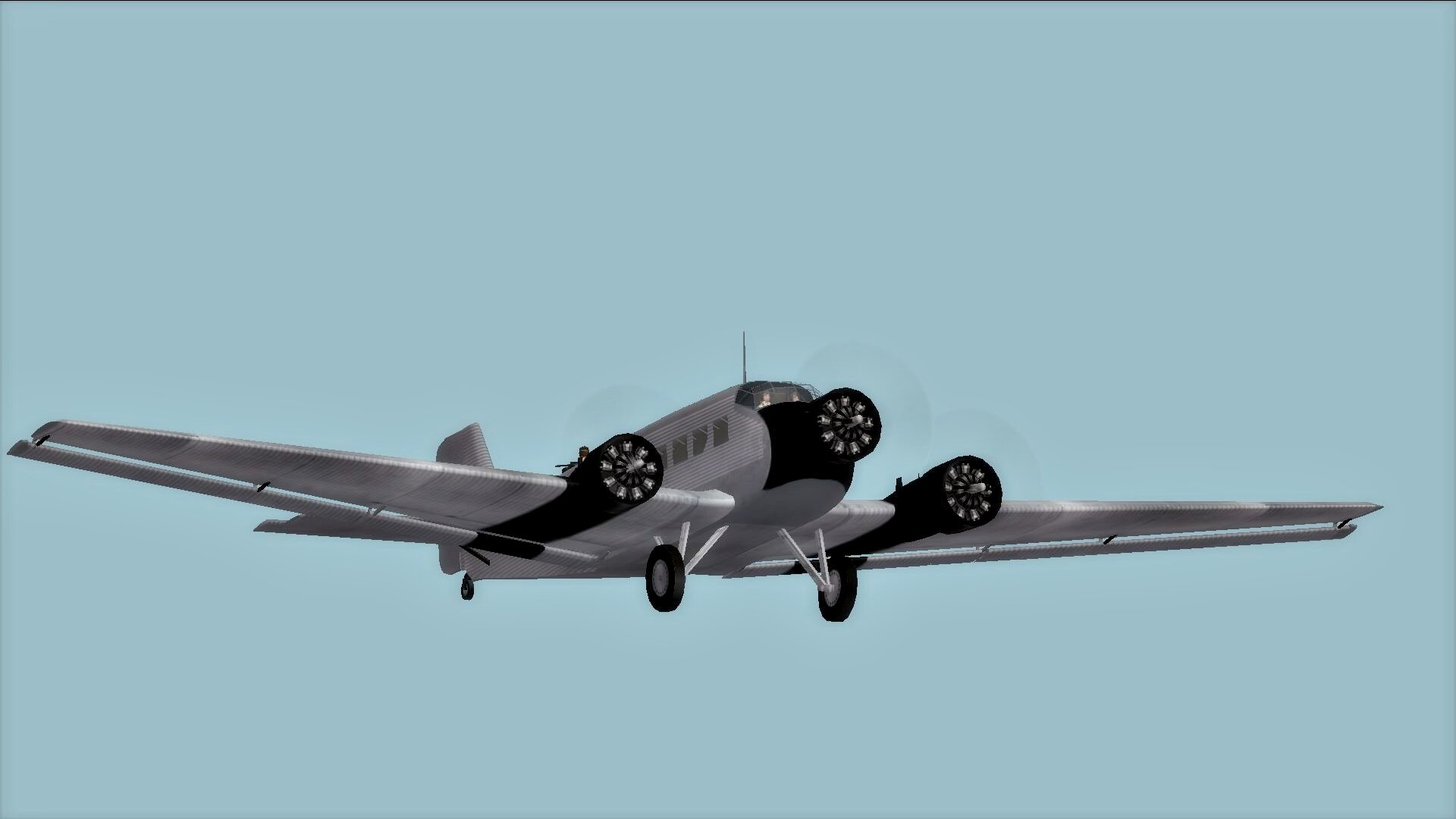